Improving Golf and Other Sports 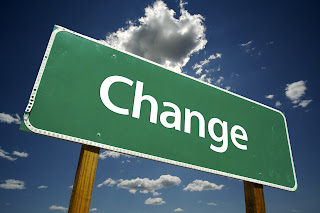 I love virtually all sports. However, no sport is perfect and over the years I’ve thought of some ideas to improve specific sports:

In baseball, reduce the number of fielders by one. I find that baseball can be excruciatingly boring. I attribute it to an imbalance between offense and defense. In my opinion, there are just too many fielders. Simply reducing the number of fielders by one would open up the game and introduce much more strategy. For instance, do you take out an infielder or an outfielder? If you only have 2 outfielders, do you position them favoring the left field or the right field? These are decisions that will really make baseball managers earn their keep.

In basketball, make shooting fouls optional. If a team is fouled and they are awarded free throws, they should have the option to instead take the ball out of bounds. This would avoid the common situation at the end of games where teams use fouling as a weapon and the game turns into a free throw shooting contest. Can you think of another sport where teams intentionally commit penalties? Allowing teams to inbound the ball instead of shooting free throws would eliminate the ridiculous and embarrassing “Hack a Shaq” strategy.

In football, make the extra point kick attempt a little more difficult. In its current state, it amounts to little more than a gimmie. How about extending the length of an extra point attempt by 10 yards? It would make the game much more interesting and dramatic.

When it comes to golf, there's almost too many things that I'd like to change. But most of all, I find it tremendously unfair that you must play the ball as it lies even if it happens to land in a sand-filled divot. How many times have you celebrated a great drive in the middle of the fairway only to have it replaced with disappointment from a random divot? The fairway is supposed to reward you for a quality shot by providing the best lie for your next shot. I most certainly would rather play out of the first cut of rough than a mini-sand bunker of a divot. I say that this is ground under repair and that you should get a free drop. If I really had it my way, I'd take it one step further and rule that all players are allowed to lift, clean, and place balls that land in the fairway. If all players are allowed to do this, isn't it fair for all? After all, isn't that why they call it the "fairway"?