Michael Weaver: The Epitome of a Student-Athlete 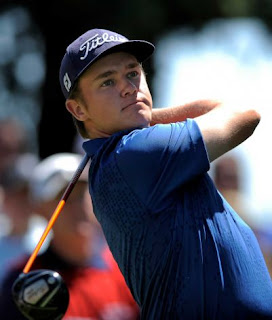 This year's U.S. Amateur Championship at Cherry Hills Country Club produced one of the most exciting finishes since Tiger's string of record setting wins in the 90s. Steven Fox staged a dramatic comeback win in overtime over Michael Weaver after being down two holes with two remaining in the Sunday championship match. Weaver had a shot to win it in regulation on the 18th green of the day's 36th hole of regulation with a seemingly very makeable four-foot par putt. He rolled his putt pure and true, but the ball hit a house about a foot before the hole that slung the ball wide left of its intended path. It was perhaps the cruelest divine intervention by the Golf Gods all year.

But the greatest amateur golf event also produced a refreshing reminder of what is still good in amateur sports. In a day and age when minor-league professional sports teams are basically masquerading around as "institutions of higher learning", there are still clear examples where education is still held in high regard. Michael Weaver is one such case. Not only did he prove his superb golf abilities with a runner-up finish on the biggest stage, he is also a stellar student at arguably the best public college in America, the University of California. However, what is truly amazing about Mr. Weaver is that he redshirted the 2011-12 season after already playing two full seasons. He did so to focus on academics to try to gain admission into Cal's Haas School of Business, one of the best and most rigorous business programs in the nation. Furthermore, his teammate and U.S. Amateur semifinalist, Brandon Hagy, did the same thing the year before! Clearly there are still great college athletes that rightfully put education at the same priority as sports. So Weaver may have lost the U.S. Amateur but he will win in the game called life. Also, the next time you read about a college football scandal, think about the wholesomeness still found in golf!