The tabloid media has grown in prominence dramatically over the last several years. Gossip around the private lives of celebrities has overtaken actually substantive topics across America's water coolers. Nothing is more telling than the simultaneous explosive growth of TMZ and PerezHilton.com in contrast with the near bankruptcies being faced by legitimate news stalwarts such as the New York Times. 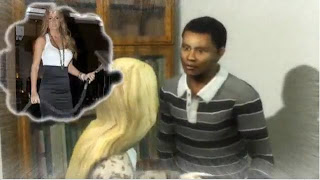 But golf has seemed to be immune to this tabloid pandemic. Unfortunately, Tiger Woods' enormous popularity placed him under its greasy microscope. All it took was something minutely unusual in the petri dish for them to pounce. That indeed occurred over Thanksgiving when Tiger drove his Caddy around like a carnival bumper car with his wife going all Nicholson on it (let's just hope it wasn't with his priceless Scotty Cameron putter!). Like a herd of great whites drawn to a drop of blood, the media descended upon Tiger's Isleworth sanctuary with dollar signs in their eyes. Could this be evidence of a domestic issue?!

So friggin' what? A couple of years ago on my Bandon Dunes golf vacation, a friend of mine told us he knew a person close to Tiger's entourage. According to him, Tiger was quite the Casanova who was not opposed to "stepping out" and playing much more than just 18-holes. He also emphasized that it was more about quantity rather than quality. I didn't entertain the discussion because I didn't really care. Lots of people step out and it's almost a given amongst pro athletes. Big deal.

It turns out that it is a big deal to many. The Chinese have gone so far as to create a CGI re-enactment of the whole incident. Not quite Pixar, but way too polished than it should be and just another sign that the end is near (I wonder if they actually mocapped Elin swinging that club!):

But why all this attention? My guess is that people somehow build up a fanciful notion that famous people lead perfect lives. When anything surfaces to dispel these fantasies, it devastates them. It's just absurd. In the case of Tiger Woods, why should we think that he is better than us commoners at anything outside of playing golf? As a society, we need to come to the realization that all people suffer from faults. No amount of fame can make them go away. If anything, fame does the opposite. It would be naive to think otherwise. Accept it and move on. There are many more important things in the world be concerned.

To those who still think that most famous people stay on the straight and narrow, just remember that a wise man, Chris Rock, once said, "A man is only as faithful as his options." Ponder that for a minute. It's probably safe to assume that virtually all famous people are cheating. Certainly that's a better assumption for us as a whole than to deitize them if we want to put an end to the tabloid fascination. Lastly, for the record, I'm an extremely faithful guy by choice, not due to a lack of options!

P.S. Check out some of my blog friends' posts on this topic: