How To Shoot a Double Snowman! 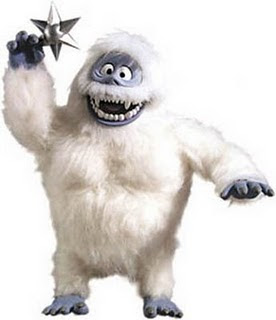 All golfers have had their fair share of blowup holes. You know, the kind of holes where absolutely nothing goes right and you just want to chuck your clubs into the nearest dumpster and take up a rational sport. Once we've regained our composure, we find that the stroke tallies on such holes are simply abominable. If it happens to be an eight, it is affectionately called a "Snowman" because the number "8" resembles that ubiquitous man-made winter creation. It truly gives new meaning to the creature known as "The Abominable Snowman"!

But even more frightful is the dreaded "Double Snowman". That is the term for a 16 because it is composed of two snowmen added together (8+8). It is so rare that it has never been captured on camera. That is, until now. Luckily the Golf Channel was there when it was spotted on the the ninth hole at the TPC San Antonio during last week's Valero Texas Open. Kevin Na was the unfortunate sap to shoot this terror of the links. Watch it below whenever you feel down about your next inevitable blowup hole. In some ways, it can be considered a feel-good horror movie! 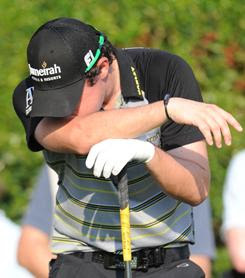 After watching Rory McIlroy completely dominate the field after 3 rounds of the 2011 Masters, I logged into my favorite online betting site to consider placing a wager. According to the odds makers, to bet on Rory to win the whole kit and kaboodle you had to lay down $160 to win $100. With a four shot lead and demonstrating a complete mastery of Augusta National, I figured that betting on Rory was a sure thing. I didn't hesitate to lay down my hard-earned greenbacks on the Irish kid with the Ronald McDonald's fro.

But just when I thought that the recent meltdowns were over and confined to Japan, a complete meltdown was about to happen during the final round at Augusta. The overwhelming pressure cooker of the Masters finally got to the once unflappable McIlroy. I don't want to recount the blow by blow destruction but it was ugly. His sizeable lead evaporated in quick order and left the door wide open for the field to march right in. There was probably a dozen players in contention all day and it actually made for one of the most entertaining Masters final round ever. Tiger Woods was one of those contenders, but his putting still isn't back to form and he fell short. However, his new swing has made great strides and he's far ahead of schedule, IMHO. It will be interesting to see what happens to Rory now. Will he bounce back or will his massive choke job haunt him in the future? He's got a great swing and he's young so my bet would be on the former. Unfortunately, that doesn't say much based on my betting results as of late! Regardless, the first Major of the year was phenomenal and hopefully it sets the tone for the rest of the year. Congrats to Charl Schwartzel!