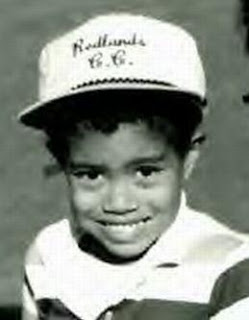 According to the Chinese calendar, 2012 is the year of the Dragon and begins on January 23. In the Chinese Zodiac, the Dragon is the strongest sign. According to chinesezodiac.com, "Dragons symbolize such character traits as dominance and ambition. Dragons prefer to live by their own rules and if left on their own, are usually successful. They’re driven, unafraid of challenges, and willing to take risks. They’re passionate in all they do and they do things in grand fashion."

Does that sound like a certain feline golfer we all know? But Tiger's birthday is today and just missed being born in a dragon year by a month. Born on December 30, 1975, Tiger is technically a Wood Rabbit, a sign sandwiched between the Tiger and the Dragon.

Clearly, the Chinese calendar is slightly off. 2012 will be the Year of the Tiger for a number of reasons. First, Tiger will be well over 2 years removed from that fateful Thanksgiving car crash that sent his life spiraling out of control. Not having TMZ camped in front of your house will do wonders for your golf game, or so I'm told. Second, Tiger will start the year with a new looper on his bag, Joe LaCava. Dropped in mid-2011, the acerbic Stevie Williams has since proven to be a petty, bitter old man with the maturity of someone one-tenth of his age. This is hardly the kind of person who could be a positive influence for Tiger (good luck Adam!). Third, Tiger starts the year fully healthy. Extensive injuries to his knee and Achilles' tendon over the last several years made it virtually impossible for him to play anywhere close to his full potential.

But most importantly, Tiger's full swing is due to return to greatness. Historically, it takes Tiger around two years to fully incorporate a major swing change. Butch Harmon oversaw Tiger's first swing overhaul during the 1997 season that intended to sacrifice distance for accuracy. It took almost two years for Tiger to get comfortable with the changes that resulted in perhaps the greatest season in golf's history in the year 2000. Tiger started another major swing change in early 2004 under Hank Haney's tutelage. The intent of this change was to lessen the stress on Tiger's left knee. Again, it took almost two years for Tiger to adopt this change following a one-win 2004 with two major wins in 2005. However, Tiger never looked completely comfortable with Haney's single-plane concepts and began working with Sean Foley in the summer of 2010 on yet another swing revamp. If history repeats itself, Tiger's new swing transition will be complete by mid-2012.

In fact, Tiger's swing development may even be a little ahead of schedule. His swing over the tail-end of 2011 looked fantastic. More Butchie and less Haney, Tiger's swing is producing more power and more accuracy. As a result, Tiger was in contention more often and culminated with a win at the Chevron World Challenge.

So there looks to be a lot of positives in store for Tiger Woods next year. Go ahead and toss that inaccurate Chinese calendar in the trash. According to the Grouchy Golf calendar, 2012 is the Year of the Tiger. Happy birthday Tiger but you'll have to wait until next year to open your gifts. But the wait will be worth it because I think one of them might be an ugly green jacket!